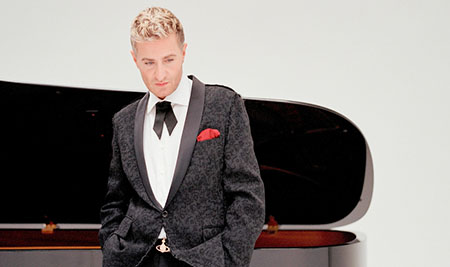 The Shippensburg Festival Symphony is an ensemble of professional musicians from Pennsylvania, Maryland, New York, and Virginia.  The orchestra was formed to provide regional audiences with top-quality professional orchestral performances.

For more than three decades, Jean-Yves Thibaudet has performed world-wide, recorded over 50 albums, and built a reputation as one of today’s finest pianists. He plays a range of solo, chamber, and orchestral repertoire – from Beethoven through Liszt, Tchaikovsky, Grieg, and Saint-Saëns; to Ravel, Khachaturian and Gershwin; and to contemporary composers Qigang Chen and James MacMillan.

In 2016/17 Thibaudet is Artist-in-Residence with Orchestre National de France, Wiener Symphoniker and the Colburn School in Los Angeles.

At Colburn he enters the third year of a residency – the first of its kind – where his passion for education and fostering young musical talent is invested through individual lessons, masterclasses and performances with students.

Antonin DvoĹ™ák – Symphony No. 9 “From the New World”


PLEASE NOTE: soloists and performers for all Festival Series performances are subject to change.