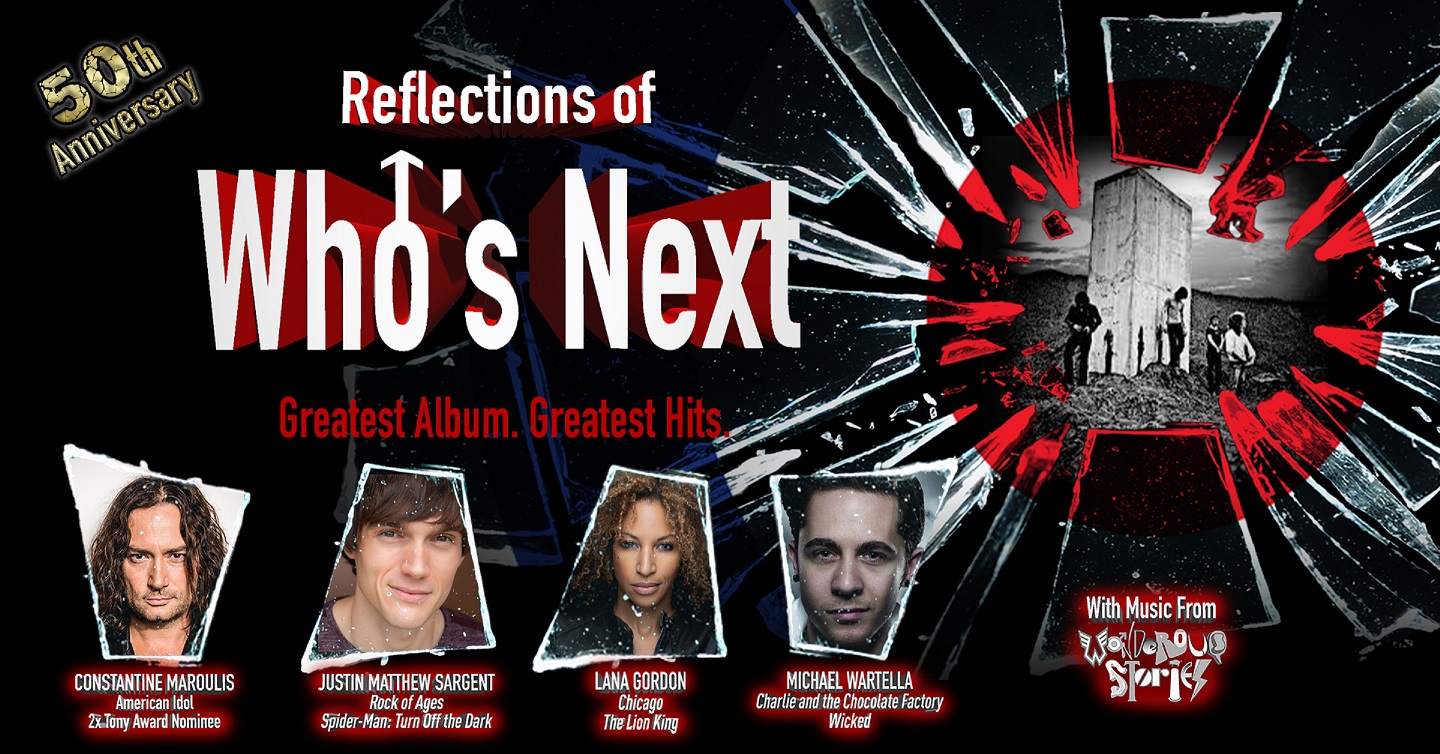 50th Anniversary Reflections of WHO''S NEXT

The Rock Project honors the 50th anniversary of The Who’s legendary album WHO’S NEXT along with other greatest hits in a streamed performance shot live from the Tilles Center for the Performing Arts, Long Island’s premier concert hall.

The concert features the high-octane band, Wonderous Stories, along with special guest musicians, and the powerful Broadway voices of Constantine Maroulis (2x Tony Award Nominee, American Idol), Justin Matthew Sargent (Rock of Ages, Spider-Man: Turn Off the Dark), Lana Gordon (Chicago, The Lion King), and Michael Wartella (Charlie and the Chocolate Factory, Wicked).  Together, they will commemorate the 50th Anniversary of this Triple Platinum album, track-by-track and note-for-note.

Hailed as an undisputed masterwork of The Who’s career, WHO’S NEXT changed the world of rock after it was released in 1971 as their 5th studio album. With timeless songs like "Baba O’Riley” and "Won’t Get Fooled Again", WHO’S NEXT continues to resonate with listeners as if it were written yesterday.

But don’t worry if your favorite Who songs aren't on this album! This concert also celebrates their greatest hits, so you can expect to hear other Who masterpieces like “Pinball Wizard” and “Long Live Rock” just to name a few!


Stream Available Friday, April 30 at 8 PM – Sunday, May 2 at 8 PM
Buy Your Stream At: WatchLiveNow.com
Use Venue Code: LUHRSWN
Tickets $20 plus applicable fees